Results from the randomized, controlled Resilient, Empowered Active Living (REAL) diabetes study were presented June 11 here at the annual meeting of the American Diabetes Association (ADA) 2017 Scientific Sessions by Beth Pyatak, PhD, who is both an occupational therapist and a certified diabetes educator at the University of Southern California, Los Angeles.

Occupational therapists are generally thought of in a rehabilitative context, but “It’s an emerging practice area within the past 10 years or so to focus on chronic disease management,” Dr Pyatak told Medscape Medical News, explaining that the main goal of occupational therapy (OT) is to help people accomplish their daily tasks, of which diabetes management involves many.

“We’re helping to promote adherence. We’re not making specific recommendations for what people should do to manage their diabetes, but we’re helping them to implement the advice of other practitioners.”

In her talk, Dr Pyatak gave an example of a 24-year-old auto mechanic with type 1 diabetes who has trouble monitoring his blood sugar at work for several reasons: He’s embarrassed to check in front of coworkers, his hands are dirty and it’s tough to get away from the work area to wash them — especially when the workshop gets busy — and his diabetes supply kit is clunky and inconvenient to carry.

An occupational therapist could help the young man to brainstorm about solutions, such as talking to his boss about taking scheduled breaks, carrying a smaller testing kit, and setting a reminder on his phone.

“It’s the process of looking at an activity, figuring out what the challenges are, and helping problem-solve through those that’s really at the heart of what OT works on,” she said.

Asked to comment, session moderator Arshiya A Baig, MD, of the Chicago Center for Diabetes Translation Research, Illinois, told Medscape Medical News that the REAL study points to the potential value of including occupational therapists as part of diabetes healthcare teams, which also typically include professionals such as nurses, pharmacists, nutritionists, educators, and social workers alongside physicians.

“It gets at engaging other healthcare team members in promoting a healthy lifestyle. If that comes from occupational therapists, who have their own approaches, sure. We often refer our patients to OT for physical issues and physical disabilities, but I think engaging them in chronic disease care is really innovative and novel,” she commented.

The REAL study included young adults aged 18 to 30 years old of low socioeconomic status who had had either type 1 or type 2 diabetes for at least a year and an HbA1c of 8.0% or higher.

The intervention comprised 12 one-hour OT sessions delivered over 6 months in home or community settings. Content modules covered living with diabetes, access and advocacy, activity and health, social support, and emotional well-being. Each was individually tailored to the patient with the use of motivational interviewing.

Controls received informational pamphlets and were called by phone every 2 weeks to check whether they’d read the material and if they had questions.

Three-quarters had type 1 diabetes, and the rest had type 2. Overall diabetes duration was 9.7 years, and mean HbA1c for the entire group was 10.8%. Mean score for diabetes distress was 9.6 on a scale where greater than 8 reflects clinically significant distress. In all, 35 in the OT group and 37 in the control group completed the study and follow-up.

At 6 months, HbA1c had dropped by 0.57 percentage points in the OT group, while in the control group it rose by 0.36, a significant difference between groups (P = .01).

The reason for this difference isn’t clear. It may be that something about the intervention didn’t resonate with the type 2 patients, or simply that it was a spurious finding given the small number in that group.

Moreover, Dr Pyatak noted that youth-onset type 2 diabetes is particularly difficult to control and little is known about the usual HbA1c trajectory in that population. “Is the 20s just a time you’d expect to see worsening? I’m still puzzling through this a bit,” she said.

Overall for the entire group, significant improvements were also seen for the OT treatment compared with the controls in the Audit of Diabetes-Dependent Quality of Life (0.7 vs 0.15, P = .04) and for checking blood glucose in the Self-Reported Behavioral Automaticity Index, a measure of the extent to which the behavior had become a “habit” (3.94 vs 1.65, P = .05).

There were no other differences in overall effect by gender, ethnicity, diabetes type, or setting.

Dr Pyatak said her team has now received funding to implement the REAL intervention in a large Los Angeles County primary-care setting, and they’re hoping to also launch a study of the intervention delivered via telehealth.

When Dr Baig was asked whether her Chicago center employs an occupational therapist as part of their diabetes team, she replied: “We don’t. We should. I think we haven’t engaged them in their full capacity.” 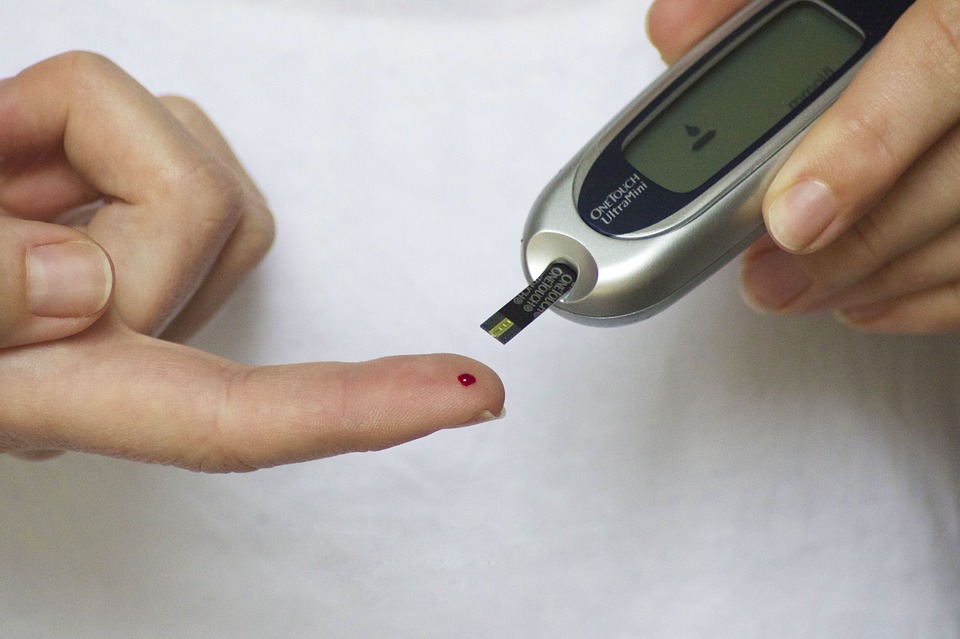